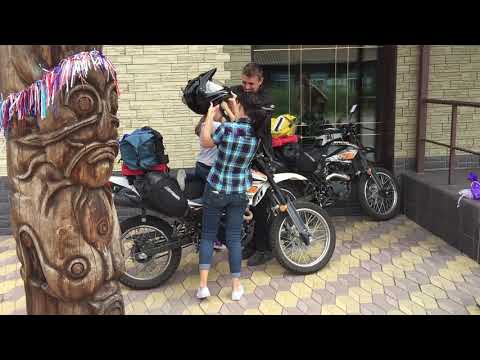 My father and my trip from Shakhtinsk, Kazakhstan to Ulaanbaatar, Mongolia on Chinese dual sports. The motorcycles were Racer Panther 250's purchased in Karaganda, Kazakhstan for $1100 each. The motorcycles performed well and largely without problems. We were forced to stop in 2015 after we ran out of time and had to return a year later in 2016. This switch occurs in the video when I start filming POV as I bought a GoPro in the interim. Here is a rough outline of our route:

A big thank you to the countless people that helped us along the way and to Alash for allowing us to watch their performance at the start of the video!

Ask me if you have questions.